The Massasoit building was constructed circa 1888-1895 on the eastern corner of Chestnut and Essex Streets. This period brought a surge in residential building for Holyoke's growing middle class. Substantially different from the 2-story mill-worker housing and crowded tenements adjacent to the mills, the elegant Massasoit was composed of 9 spacious apartments, conveniently located next to the then-flourishing Maple Street commercial area. This area was the main business district in Holyoke before the development of High Street. The apartment building was owned by Charles Corser, who developed many neighborhoods in Holyoke, including Ingleside.

The Massasoit's residents appear to have been successful professionals or businesspeople and their families. A 1917 city directory indicates that three of the units had their own telephone. One particularly noteworthy renter was James Tighe, namesake of the eminent Holyoke engineering firm Tighe and Bond, which is still around today. Ultimately, the building itself faced demolition, and a parking lot stands in its place today. The molded terracotta ornamental pediment that crowned the building on its Essex Street side survived the demolition and is embedded into the concrete retaining wall on the edge of the parking lot, along with the frieze that showed the building’s name. 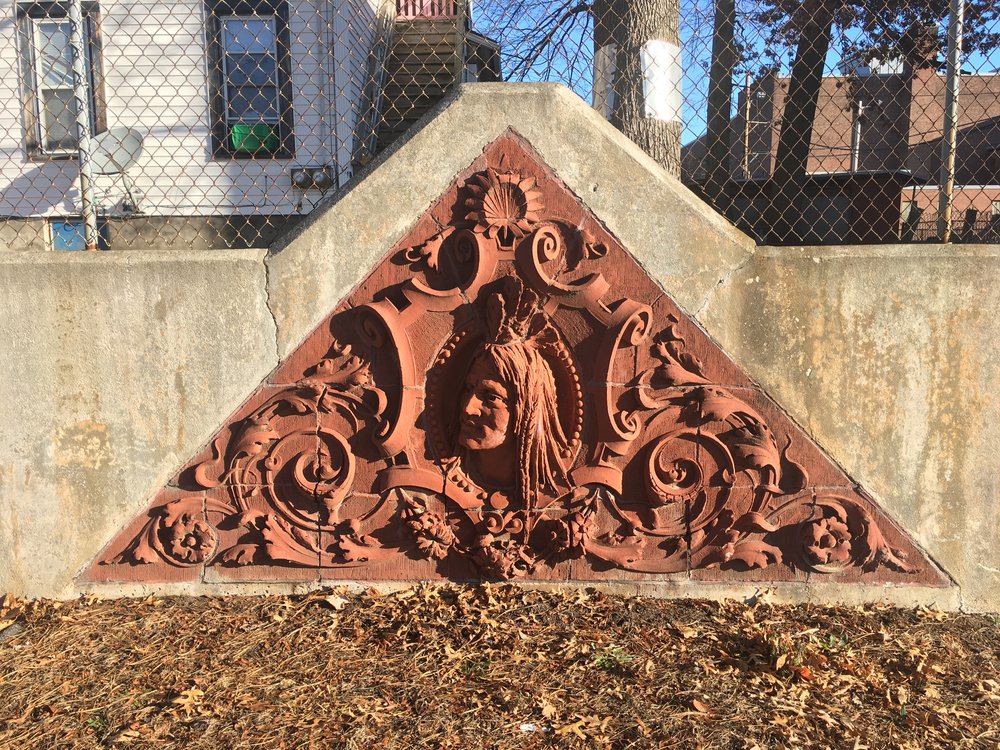 Massasoit (born c. 1590 CE), whose likeness and name were appropriated by Corser for his building, was the grand sachem of the Wampanoag, who once inhabited much of the southern coastal region of what is now called New England. In 1621, Massasoit made peaceful overtures to the arriving Pilgrims, established trade with them, and is credited with maintaining peaceful relations between the Wampanoag and the Europeans until his death in 1661.

This terracotta pediment is embedded into a retaining wall at the site of the demolished building.